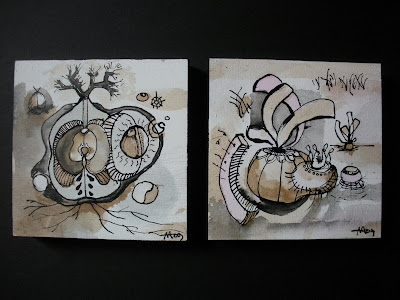 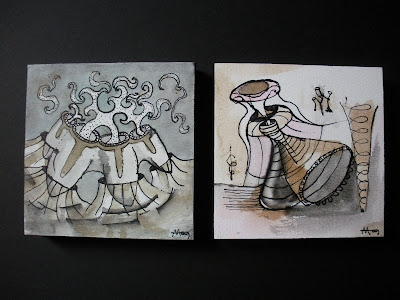 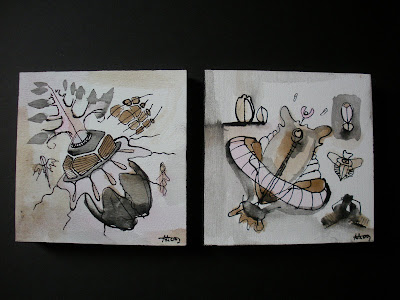 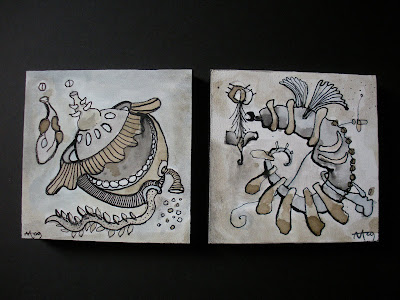 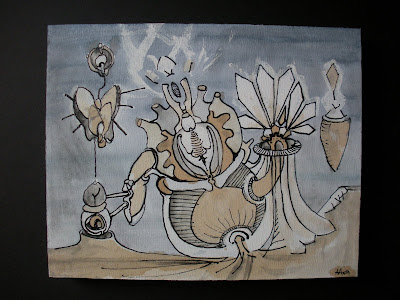 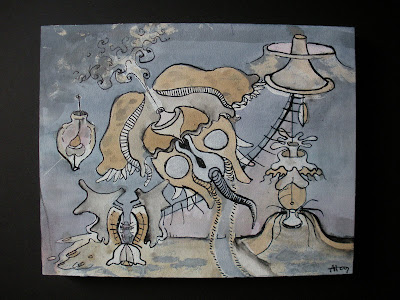 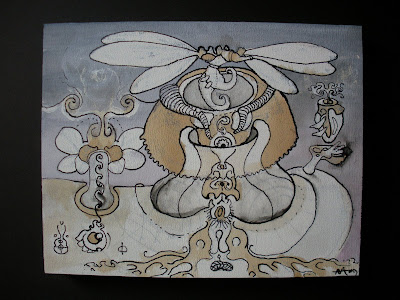 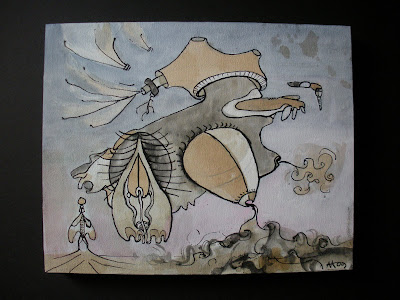 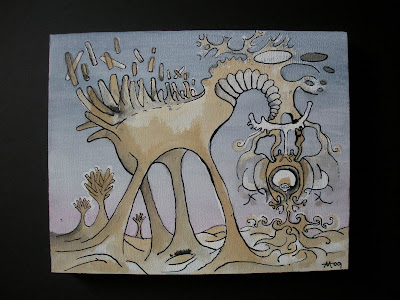 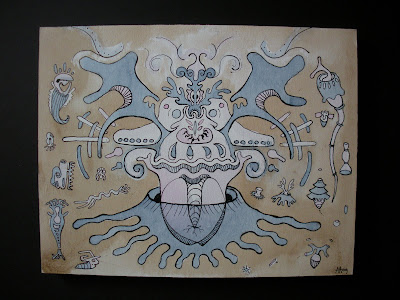 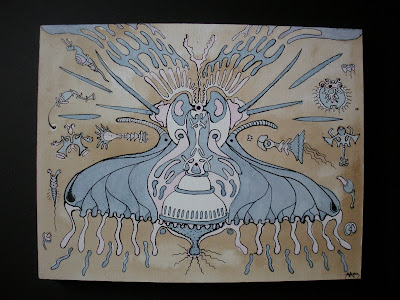 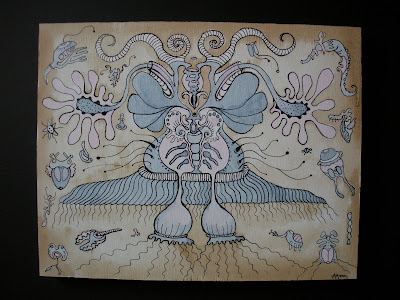 I created this series of drawings during two weeks in the month of June, 2009. I approached the blank surface with no pre-conceived idea other than the intention to create spontaneous abstract forms referencing the orders in nature. The series ended up as a total of 16 drawings that I named after their completion, based on the general essence I perceived when observing them. First, there is a series of 8 5" x 5" drawings I called the "Diatomic Thought-Forms". These appear to represent seed, nucleous, cellular, generative or primordial abstractions of the natural metaphoric cosmos. Second, there is a series of 5 8" x 10" drawings I called "Biomimetic Thought-Forms" which may represent the "middle realm", animal, insect, plant and human layer of the Bios (and apparently some of their "atmospheric" interactions and processes). Finally there is a series of 3 11" x 14" drawings I called the "Metabiotic Thought-Forms". Metabiotic is a term I have used reocurrently in my work, and it literally means "beyond life". The idea involves a form of higher sphere or dimension encompassing all others, that hints toward a connective principle, or what I have called before: "the programming language of nature". These appear to be basically some sort of Godheads, Deities or what I call "Intelligences".
Though I perceived these general themes and patterns (that I recognize from my general body of work,) the Thought Forms took on their own personality and I am reluctant to say that these meanings are ultimately what the series represents. The above descriptions are a rather intuitive and quick reading; what came to me as I proceeded to look at and name the pieces.
The series was drawn very loosely, using India Ink, Tea, and a blue tone derived from a mix of scraps from different antique writing-ink bottles. The spontaneous Thought Forms will be shown at the Mendelson Gallery in Pittsburgh from July 3rd until August 4th.
AA09
Posted by Alberto J. Almarza at 2:12 AM