It was inevitable that I would get into 3d imaging and stereoscopy. I have long been interested in vision, perception and optical and visual technologies of all kinds.

For a while, I have been asking the question of how to create a rendition of something that is true to its original form. For example, I may draw in order to capture a dream that I have had, but the quality of the rendition is usually very poor compared to the likeness of the dream itself.
So the technical challenge arises: How to create objects that remain more true to the full physical attributes of their original source? How to create an artwork of a flower that has the smell, vibrancy, depth, softness and life of the flower that inspired its creation? This is a lovely challenge that I can't say I have even begun grasping, but even if it is impossible, it drives me!

Also, say I create something like this, how could I share it with you at a distance?

So the idea is that, I think stereoscopic images can sometimes do a pretty decent job at conveying some of the attributes of physical things.
I decided to take stereoscopic pictures of some of my works, and then I made small cardboard stereoscopes so that one could view them. I was really happy with these, I made 15 of them and thought they were gonna sell out! I still have all 15...
BUT.... since I can't really show you those because you have to look through some lenses, I converted them to what is called Piku-Piku, or Wiggle sets.
Check them out:

And this one is the "POK Goddess"

And the "Cosmic Trickster Mask"

So these are cool, but they are not what I meant by stereo art. These are just stereoscopic pictures of some of my works. The real challenge I am working with right now is to create a stereoscopic image that is not a photo pair but a pair of drawings that are hand made.
Did you know that Dali actually made a real pair of stereoscopic paintings?! 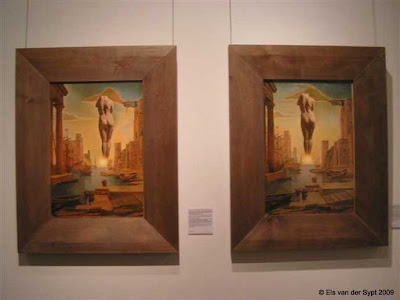 So now I am working on a wet media drawing that is stereoscopic. It's been crazy difficult but it is finally taking shape. I will keep the experiment to myself until it is completed, but I will share a couple of process pages from my sketchbook, to give an idea. 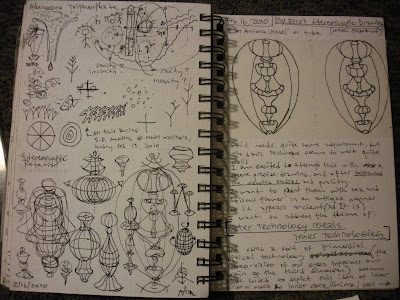 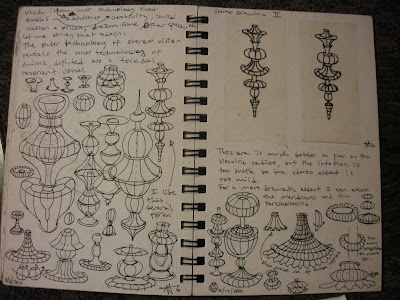 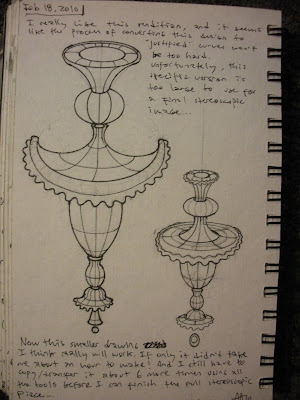 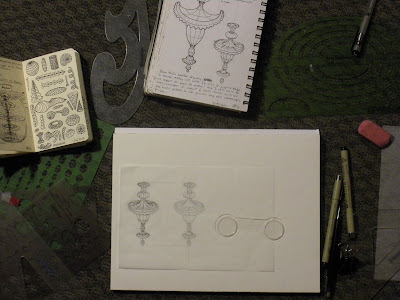 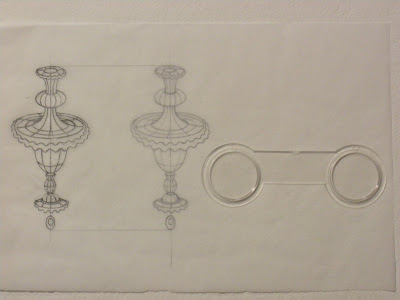 The pair has now been transfered to a piece of watercolor paper and I will render it using tea and Ibiscus flower, and possibly oil pastel and watercolor. I have to color each of the two slightly different drawings in the exact same way...
Wish me luck!
And when I'm done, I'll also tell you what the actual image is about.
Thanks for stopping by!